Definition: Cross-account access make it easier for you to work productively within a multi-account AWS environment by making it easy for you to switch roles within the AWS management console. You can now sign in to the console using your IAM username then switch the console to manage another account without having to enter or remember another username or password

Goal: Lets users to switch to different accounts by using IAM policies and sts:assumeRole, between account “production” and account B.

AWS Resource Access Manager (RAM) is a service that enables you to easily and securely share AWS resources with any AWS account or within your AWS Organization. You can share AWS Transit Gateways, Subnets, AWS License Manager configurations, and Amazon Route 53 Resolver rules resources with RAM.

audit the encryption keys used to protect your data.

Image a company with users working within on-premises facilities. They want all of their Software Architects to access resources on both environments using their on-premises credentials, which is stored in Active Directory.

Since the company is using Microsoft Active Directory which implements Security Assertion Markup Language (SAML), you can set up a SAML-Based Federation for API Access to your AWS cloud. In this way, you can easily connect to AWS using the login credentials of your on-premises network.

Before you can use SAML 2.0-based federation as described in the preceding scenario and diagram, you must configure your organization’s IdP and your AWS account to trust each other. The general process for configuring this trust is described in the following steps. Inside your organization, you must have an IdP that supports SAML 2.0, like Microsoft Active Directory Federation Service (AD FS, part of Windows Server), Shibboleth, or another compatible SAML 2.0 provider. 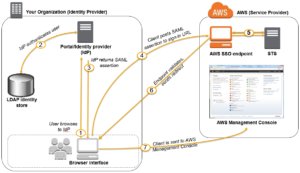 Use case scenario will be something like “a tech company that you are working for has undertaken a Total Cost Of Ownership (TCO) analysis evaluating the use of Amazon S3 versus acquiring more storage hardware. The result was that all 1200 employees would be granted access to use Amazon S3 for storage of their personal documents.

How can you set up a solution that incorporates single sign-on feature from your corporate AD or LDAP directory and also restricts access for each individual user to a designated user folder in an S3 bucket?”

In an enterprise identity federation, you can authenticate users in your organization’s network, and then provide those users access to AWS without creating new AWS identities for them and requiring them to sign in with a separate username and password. This is known as the single sign-on (SSO) approach to temporary access. AWS STS supports open standards like Security Assertion Markup Language (SAML) 2.0, with which you can use Microsoft AD FS to leverage your Microsoft Active Directory. You can also use SAML 2.0 to manage your own solution for federating user identities. Regional service, you can use in one or more AZs across a new or existing VPC to schedule the placement of containers.

A logical group of container instances that you can place tasks on. First-time default cluster is created for you, but you can create multiple clusters in an account to keep your resources separate. I should think about this like a K8s node? Maybe? Not sure.

Allow container instances to connect to your cluster. Is included in the Amazon ECS-optimized AMI but you can also install in any other EC2 that support the ECS specifications. Will not work with Windows. Pre-installed on special ECS AMIS.

binpack – Place tasks based on the least available amount of CPU or memory. This minimizes the number of instances in use.

Amazon ECS enables you to inject sensitive data into your containers by storing your sensitive data in either AWS Secrets Manager secrets or AWS Systems Manager Parameter Store parameters and then referencing them in your container definition. This feature is supported by tasks using both the EC2 and Fargate launch types. Create an IAM Role for your Amazon ECS task execution role and reference it with your task definition, which allows access to both KMS and the Parameter Store or Secrets Manager Store.

Secrets can be exposed to a container in the following ways:

– To inject sensitive data into your containers as environment variables, use the secrets container definition parameter.

– To reference sensitive information in the log configuration of a container, use the secretOptions container definition parameter.

Use Memcached if:
Use Redis if:

*This applies to all backup storage except for on-demand DynamoDB table backups, which create full backups of your Amazon DynamoDB table data and settings.

Is agent service how to makes really easy to migrate existing workloads. Complete free of a charge.
UPDATE 2019: Now supports migration of VMS from Azure.

Is a cool service which provides control and monitoring for microservices. General availability in 2019. Really easy to locate errors.

is service allow you to create, customize personal recommendations in your applications with no machine learning expertise required.

is a service which uses natural language processing and machine learning which extract information from a variety of sources like doctor notes, patient health records, etc. Makes easier to analyze patient data.

is a service which allows you to move applications from any physical, virtual o cloud based infrastructure into AWS. Is going to simplify, expedite and reduce the cost by offering a highly available lift and shift solution allowing any migration of supported windows and main flavors of Linux.

EventBridge (2019 announced), serverless eventBus make easier to connect applications together:  can be SaaS, own applications and AWS services. Delivery streamed events from your events sources, and wrap them to your target using rewriting rules. Allowing building realtime, event-driven, distributed application architecture. Reduced effort as a take care of event ingestion, delivery, security and event-handling. Cost only for events publishes for non-AWS services. AWS services are free.

Tch to allow you to receive automated alerts and notifications of your AWS infrastructure to Slack, etc.  Receives alerts by SNS and format them before sending to your chat room. Also allows you to execute commands to return diagnosis information.

Announced 2018, is a massive data repository which allows ingesting, clean and store all your data in one place at scale, and run analytics and complex machine learning algorithm. Integrated with S3, EMR, Glue, Machine Learning and can be queried by Redshift and Athena.

Is a way to transfer in out files in S3 using secure FTP,

is automatic speech recognition (ASR) service which add speech-to-text capability and save the output your speech to a text file.

AWS Data Exchange makes it easy to find, subscribe to, and use third-party data in the cloud. Once subscribed to a data product, you can use the AWS Data Exchange API to load data directly into Amazon S3 and then analyze it with a wide variety of AWS analytics and machine learning services.

MSK stands for Managed Streamkng for Apache Kafka, and it is a fully managed service to create Kafka clusters.

Amazon SES is a cloud-based email sending service designed to help digital marketers and application developers send marketing, notification, and transactional emails. You can use our SMTP interface or one of the AWS SDKs to integrate Amazon SES directly into your own systems and applications.

allows you to asses, order and evaluate the configuration of your AWS resources

you can now execute remediation actions to address non compliance resources, for example, you can create aws config rule to check if some of your s3 buckets allow public access and you can associate a remediation action and disable public access automatically   – AWS config now supports API Gateway. Now you can track changes of your AWS API Gateway and something stops working. You can track stage configurations, throttle and access log, as well as the configuration of the API such, is the endpoint configuration version or event the protocol is used 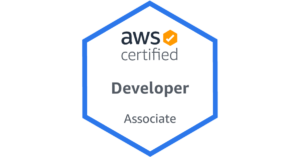 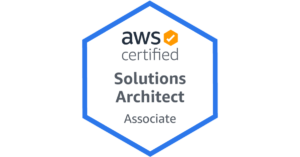